Why Guardiola’s Manchester City is the Future of Football 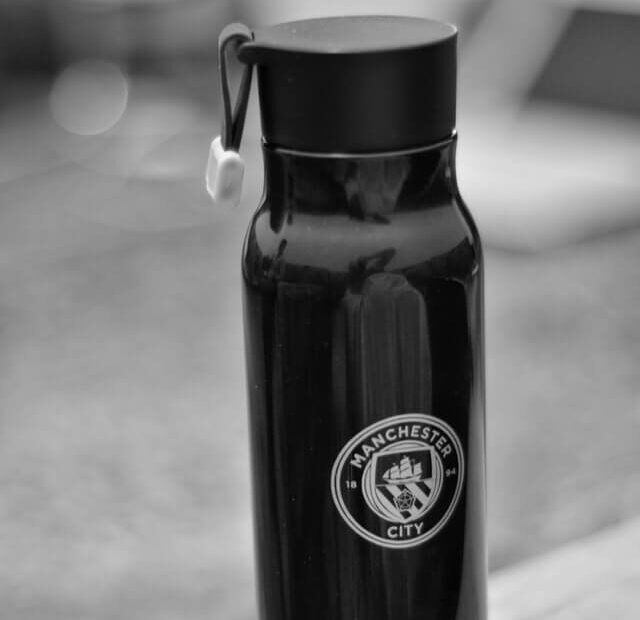 Records have been smashed, yet again, strong teams have been swept away many times this season by Manchester City and though they have come under a lot of criticism for their successes in modern football, let’s have a look at why Pep’s Man City model, is the future of football.

Gone are the days when the likes of Manchester United and Arsenal were the elite clubs in English football. The way we saw Man Utd, Arsenal, and Liverpool 10 years ago is the way we see Man City today. They have simply become one of the best football clubs in the world.

And while a lot of soccer pundits will call them an oil money club, most of them are doing it from a biased point of view.

When you think about it, what Man City is doing is not different from what the likes of Real Madrid and Chelsea have been doing over the years. Why didn’t we have so many complaints about these football clubs?

The reason is obvious: a show of hatred from a group of biased individuals. It is difficult for some of us how massively successful City have become in such a short space of time.

While there may be some truth to some of these arguments against City, we have refused to see the bigger picture in what City have done over the years.

Related: If Pulisic and Sterling Switched Teams, it would be a different Story

And if we look closely at the numbers, Man City is not different from the likes of PSG, Real Madrid, Chelsea, and the likes of Manchester United when it comes to spending.

Martin Samuel pointed this out in his article on Man City’s back in 2019.

“City haven’t got a defender as expensive as Virgil van Dijk, a midfielder as costly as Paul Pogba, even a striker in the range of what Arsenal paid for Alexandre Lacazette. So do not be fooled. Other clubs spend, too — but perhaps not as wisely.”

City’s success is just what most of us can’t stand.

City have become a management model in world football. Right from the club owners down to Pep we are seeing management at its best. Else they wouldn’t be anywhere near the success we’ve seen.

According to Pep, the manager can easily be a weak link for outside sources but at City, he has the protection he needs. It becomes difficult for the press and other outside forces to put him down and tear the team apart.

This is what we see at City. And Pep has been no different in handling his players. He often speaks about apologizing to them when he makes a mistake. It happened two years ago when he wrongly called on Mahrez to take a penalty against Liverpool.

When we watch Pep and the way he does things, we see nearly all the laws of management as outlined by a best-selling author, Richard Templar, in his book — The Rules of Management.

He never takes credit for the success of the team. He gives it back to the players and the backroom staff — those names we never know.

Also, he never says anything bad about the management of the club.

He gets the best tools for himself and his players.

These thing and many others are the things you find in Pep as outlined by Richard Templar.

The best managers have these traits and we see them in Jurgen Kloop and other world-class managers.

But what many managers today seem to lack is the capacity to manage a big squad. This single ability has been the reason Pep has been so consistent in many competitions and doing this in a very good way for many years at the top.

Whether he read it from a book, was born with it, or picked it up from someone is what we are yet to find out.

Most coaches can’t go for many players because they know they don’t have the capacity to manage a big squad.

Also, many managers have been kicked out at Chelsea for their inability to make use of the players the club signs for them.

This shows that it is not just about spending as some people claim, you’ve got to have the ability to manage those players.

Man City are not just winning, they are doing it with style. How many coaches have the ability to manage a large squad and also change the playing style of the team to make it the best in the world?

This is why they are winning TV broadcasting rights and attracting all sorts of fans. It’s only a matter of time before this club gets bigger. Man Utd versus Arsenal is no longer the tie of the season. Over the past three years, it has been Liverpool versus Man City.

Every formation is a joy to behold and Pep is never tired of changing them. He spoke to Rio about having different ways of playing when you have the kind of players you want. This means we may get to see all sorts of changes to their formation if they get a new player or if someone new breaks into the first team.

In today’s world, entertainment is big business. Advertising on its own is a billion-dollar industry. In 2017, the advertising and marketing industries combined was already a trillion-dollar industry. This is one of the reasons the English FA have allowed four competitions in England — so football fans can have what to watch at every turn and they can keep making money.

In Pep, City have found a way to remain in these competitions and give their fans games to savour all through the season.

To do this you need the ability to manage a big squad and Pep, out of maybe just a couple of coaches in world football, has that capacity.

And instead of sitting back to hate and criticize, serious football clubs should find a way to meet the expectations of this ever-growing industry.

Pep’s Man City are really looking like the model in football today. And whether we like it or not, this is the future of sports entertainment as far as soccer is concerned.