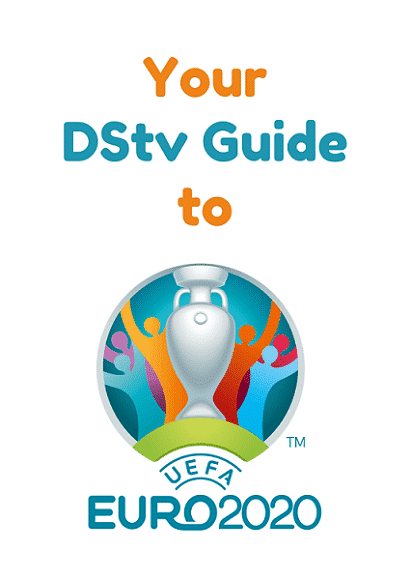 The European club competitions have ended and everyone’s attention is now on Euro 2020. Top countries like Spain, France, Portugal, England and more will play and DStv will be bringing you all the live matches starting from the 11th of June to the 11th of July, 2021.

So if you are not sure which package to subscribe to for the Euros, don’t worry. This article will give you all the information you need with regards to watching the UEFA Euro 2020 on DStv. Let’s get into it.

DStv will be broadcasting all the Euro 2020 matches to all customers who have an active subscription on DStv Compact and above while subscribers on lesser packages will mostly be getting match replays and highlights.

Which DStv channels are showing Euro 2020?

DStv has already made it known on their official Facebook page that they will be dedicating two channels to the competition. The DStv channels that will be showing live matches of the UEFA Euro 2020 are SS PSL and SuperSport Premier League. The packages you need to watch the Euro 2020 tournament on DStv are Compact, Compact Plus, and Premium.

What happens when two Matches start at the same time?

You’ll want to know this especially if you are running a viewing centre as a business. UEFA has creature a fixture list that ensures that matches do not clash. The only time two matches will go live at the same time will be on matchday 3, which is necessary so that the result of the first match on that day does not influence the outcome of the second.

As an individual, you shouldn’t be worried about this but if you run a business, you may need an extra view for Matchday 3. Streaming cost may be too high so streaming on a smart TV should only be a fallback option. The easiest solution to this would be to link a secondary decoder to the primary decoder using the DStv Xtraview.

You can watch Euro 2020 on DStv channel 203 (SuperSport Premier League) and channel 202 (SS PSL). If you do not have a decoder, the next best thing would be to use the DStv Now app and stream the matches live on a smartphone, tablet or smart TV.

You don’t have to own a decoder to watch DStv these days. You can now join DStv and subscribe to any of its packages using the DStv Now app. Check with your local DStv service agent or contact DStv customer care for more information on how to do that in your country.

It’s no longer news that Google has taken over the provision of match schedules for all major soccer tournaments across the globe. All you need to do is to make a Google search for “Euro 2020” and you’ll get a fixture list for the most recent matches for this tournament.

The good thing with Google’s fixture list is that you will get the accurate start time for all the matches in your local time zone albeit you still need to learn how to read a 24-hour clock.

Most people don’t like the idea of having to go online each time they want to view the fixture list. That won’t be a problem. UEFA has made a downloadable match schedule in PDF for all football fans. Follow the Euro 2020 fixtures in PDF link to download.

However, it is advisable to check online for recent news on the competition so you can get current information on schedule changes such as postponed matches and changed venues.

This tournament has come just in time to fill the void left by the major club competitions and it promises to be just as exciting and any UEFA soccer competition can be. Every single match will be a cracker but here are a few football events you want to look out for in the upcoming Euro 2020.

Top Players to look out for in Euro 2020

It’s going to be a star-studded tournament and based on the just concluded club football seasons, there a few football stars you need to watch in Euro 2020.

This midfield veteran is a joy to watch. With seamless twists and turns, he beats a press without stress. He’s very experienced too and has played against the best players in many UCL semi-finals matches.

Bale is a 4-time champions league winner with Real Madrid who recently returned to Tottenham after a very successful spell in the Spanish capital. Being one the fastest players in world football, Bale will be looking to make history with his national side.

Without a doubt, the best passer in world football, KDB as fondly called by his Manchester City fans will be one of the stars to look out for at Euro 2021. De Bruyne was the 2019/20 UEFA Champions League Midfielder of the season who also provided seven assists in just six UEFA Euro qualifiers.

Ronaldo, even at 36 will still be one of the most feared forwards in this competition. He was Portugal’s top scorer at the qualifiers and will be looking to become the top scorer at the Euro finals for the first time in his career.

It’s kind of hard to pick a player from the French national team’s set of star players. But Mbappé is an exceptional talent. At the age of 22, Kylian is a world cup winner who also holds the record of being the youngest player to score 25 goals in the UEFA Champions League goals. Watch out! He’s coming for you!

Other key players to watch out for in the Euro 2020 finals are:

Make sure you are subscribed to DStv compact or a higher package so you don’t miss out on any action.

*All images, Official Marks, and logos are copyright of their respective owners and their appearance on this website do not imply that Dish Portal has any kind of affiliation with the owners. See terms of use for more information.

Hi, I'm Ekemini Robert: creator of Dish Portal. I'm here to share helpful ideas on cable TV, smartphone apps, and to also connect with lovers of good football. See the About Me page for more.