Does DStv Premium Include Showmax? (Explained) 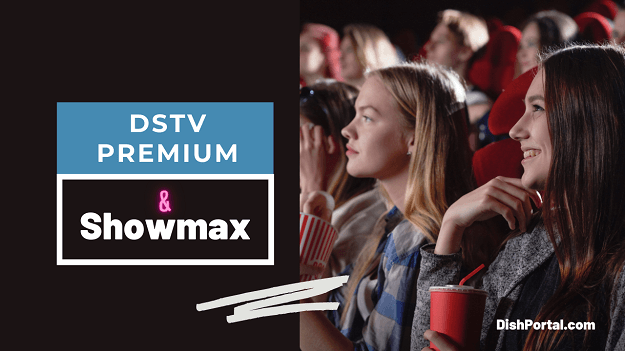 When it comes to entertainment, one of the best combinations you can have is Showmax and DStv Premium. It’s the best of movies, TV shows, sports, and all sorts of mind-blowing content in one place. But is it possible to use Premium and Showmax? Does DStv Premium include Showmax?

The fact is that you can use Showmax with any package on DStv and you can also have a standalone Showmax subscription if you want.

DStv allows its Premium subscribers to include Showmax alongside the purchase. This makes it possible to subscribe to Showmax without having to pay it as the Showmax subscription is bundled into the DStv Premium plan.

Showmax is an online streaming platform that allows you to stream TV shows and movies on demand.

You can watch video content on Showmax using a smartphone, PC, smart TV (whether Apple or Android), or any other compatible device with an internet connection.

You can stream your movies online and you can also download them to your device to watch them offline.

Unlike DStv plans, you cannot use Showmax with a Dish installation and decoder. The only DStv decoder you can use with Showmax are Explora decoders. This is because they have both internet and recording capabilities.

With an Explora, you can launch the Showmax function and use your decoder to stream the latest movies and TV series.

If you’re hearing about Showmax Pro for the first time, you’re not alone. There are a lot of DStv customers who don’t even know that Showmax has a pro plan.

Showmax Pro is an advanced version of the regular Showmax plan that includes music, news, and live sports.

As you would expect the pro plan is a lot more expensive than the pro plan. The regular Showmax plan is R99. However, you can get that at half the price on most DStv plans and you’ll also get it free if you subscribe to the DStv premium plan.

On the other hand, the price for the Showmax plan is R449. They also have a mobile package which costs R225.

With DStv, you can only get discounts on the regular Showmax plan. There are no discounts for the Showmax pro plan on DStv.

Does DStv Premium come with Showmax?

While there is a lot of confusion regarding this, the Premium package actually includes a free Showmax package.

Many subscribers use Premium but don’t make use of the Premium plan. So if you’re on Premium make sure you activate the Showmax plan on your subscription for the best movies and series.

After activating the plan, you can go on to stream on-demand video content on your smartphone, smart TV, or any other compatible device. You can also use the DStv Explora decoder if you have one.

Does DStv Premium include Showmax pro?

While you will get the regular Showmax plan for free on DStv Premium, DStv will not give you Showmax Pro with any of its packages.

If you want to use Showmax Pro with DStv, you’ll need to get a separate subscription.

Is Showmax free on the Premium package?

For the rest of the DStv packages (apart from Easyview), you can get a 50% discount on the regular Showmax plan. But with the Premium plan, Showmax is free and you won’t have to pay anything as long as you continue using the Premium package.

If you’re not sure how to get Showmax after paying for Premium, contact a DStv agent from @DStvcare or walk into a DStv store to activate your free Showmax plan.

Showmax Pro is not available on any DStv package. You can’t have it bundled into any of the plans you can only have it as a standalone package.

How much is Showmax per month on DStv?

The regular Showmax plan is R99 per month. But if you sign up for the DStv Premium plan, you’ll get Showmax for free.

With other packages such as Compact Plus, compact, Family, and Access, you will have Showmax with a 50% discount.

The only package without any kind of discount for Showmax is the DStv Easyview package.