How To Get Disney Plus on DStv 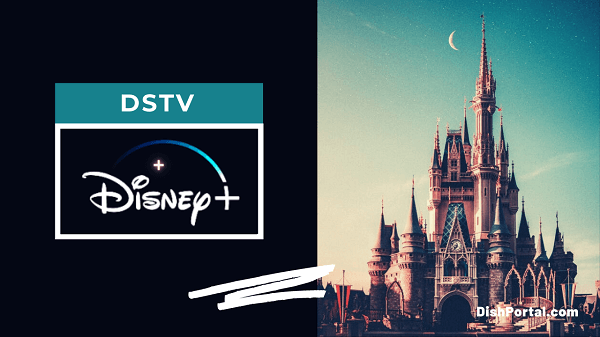 In today’s world, quality entertainment has become an important need in every home. In a bid to give the best to customers, The Walt Disney Company Africa and Multichoice have partnered to let you watch the amazing Disney Plus VOD service on your DStv decoder.

Amid several channel displacements, Disney Plus is no doubt a great addition to DStv’s entertainment repository. We’ll learn how to watch Disney Plus, what the channel is all about and how you can get it for free while it is still available.

If you have a working DStv decoder with modern capabilities, such as the Explora Ultra, you can watch Disney Plus by adding it to your existing DStv subscription. If you don’t have a compatible decoder, you can still watch it on a mobile device or laptop.

Disney+ is a great add-on as there are over 1,000 titles to choose from on this network.

Some of the titles you’ll get include Thor: Love and Thunder, Toy Story 4, Dr Strange in the Multitude of Madness, Lightyear, etc.

What is Disney Plus?

However, most DStv customers will be hearing this name for the first time.

But in reality, it is a popular TV streaming service and is home to many top shows from Pixar, Disney (if not them who else), Marvel, etc.

But Disney Plus is not coming to DStv as a regular channel. It will be added as a subscription so do not confuse it with the regular cartoon channel on DStv.

This is a separate network on its own and is not in any way controlled by Multichoice. It has been made available on DStv because of the recent partnership deal between The Walt Disney Company and Multichoice in South Africa.

Disney Plus on DStv vs Standalone Disney+

One of the things DStv customers in SA and beyond should know is that you can have Disney Plus bundled in with a DStv subscription and you can also decide to go for a separate Disney Plus video-on-demand service.

It depends on what you want. So, you don’t have to own a DStv before you can get access to the platform.

However, you can only get the standalone VOD service if it is available in your country. And if you are in SA, you’re in luck — Disney Plus is available!

How to Get Disney Plus in South Africa

There are two ways to do this:

To get Disney Plus as a Standalone VOD service:

To get Disney Plus on DStv:

Please note that Disney Plus is only available to DStv Premium, Compact Plus, and Compact subscribers. Anything lower than that, sorry, no show.

What Channel is Disney Plus on DStv?

Disney Plus is not a DStv channel per se. It is a video-on-demand streaming platform (just like Netflix or Amazon Video Prime). For now, the only way to access this feature is by using a DStv Explora Ultra decoder.

The regular Disney on DStv is channel 303. But don’t confuse this with Disney +. They are two different things.

How much is Disney plus in South Africa

If you are using DStv, the price for Disney+ is R119 across the three packages where it is made available. With a DStv decoder, you can get Disney+ bundled into your subscription plan at R119 per month.

A yearly subscription comes with a discount. So instead of R119 per month, you can decide to pay R1,190 per year. This means you’ll be getting 2 months of Disney+ for free.

Note that you can only get Disney+ on DStv with three plans namely, Premium, Compact+ and Compact.

Is Disney+ Free on DStv?

The short and simple answer is: Disney plus is not free on DStv, not even on DStv Premium.

The only way to get it on DStv is to pay R119 and have it bundled into your subscription, whether Premium, Compact+ or Compact.

At launch, Multichoice decided to make it free for the first 3 months. If you are just hearing about this, too bad because the 3 months free subscription is about to come to an end.

Conclusion: The Disney Plus service is a great addition to DStv. You can get it for just R119 per month on either Compact, Premium, or Compact+. Low-end decoders may not be able to get it. The only approved decoder for this feature is the DStv Explora decoder.

9 thoughts on “How To Get Disney Plus on DStv”