Who will Win the English Premier League? Let’s talk! 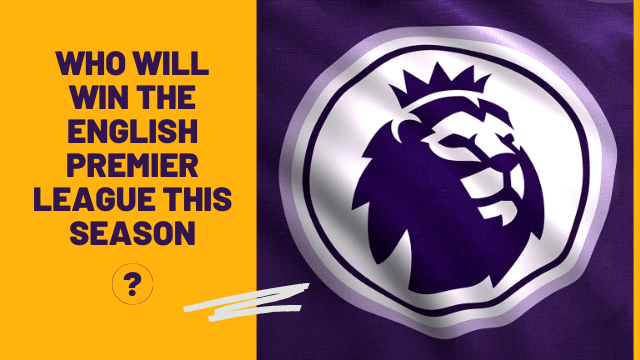 The English Premier League is considered by many the most competitive in the world and it is also the most lucrative. From 2019 to 2020 alone, revenue generated from television rights was over $3 billion a year.

With a potential TV audience of over 4 billion people, the EPL is the most-watched sports league in the world, being “broadcast live to over 600 million homes in 202 countries.” Source: Managing Sport Business: An Introduction as edited by Linda Trenberth and David Hassan.

It doesn’t get any better than the English Premier League

The unpredictability makes the league very interesting. This is because in the premier league, it is not uncommon for a mid-table team like Newcastle or Southampton to defeat a big team like Manchester City or hold them down to a 3-3 draw.

One cannot be too certain of how the games will turn out, like the first two games of Liverpool against Fulham and Crystal Palace.

Perhaps the absence of Sadio Mane has made Liverpool a weaker side. Another factor that makes the Premier League so interesting is the attendance of the fans.

There is nothing as lovely as a fully packed stadium for a premier league match. And the fans usually do not fail to turn up in their thousands. You get to hear the chants of the fans from the stands, the unsanctioned whistles, the yelling, the chanting; and most especially the joyful scream when their team scores.

The cameras and video editors also contribute immensely to the awesomeness of the premier league. And then there are the commentators, particularly the poetic and intelligent ones like Peter Drury, who have a way with words, giving us joyful and amusing words that help us enjoy every moment of the game.

Fixture congestion may be a real problem

The English Premier League consists of 20 teams every season with three newly promoted teams from the Championship. With 20 teams, each team will play the other team twice in home and away fixtures.

The league has a total of 380 games with each team playing a total of 38 matches every season. This excludes other competitions like the FA Cup and the Carabao Cup which are both knock-out competitions.

Then there is the challenge of injuries to some key players and then there is also the UEFA Champions League, the EUFA Europa League and the Europa Conference League for the top 7 teams in the league.

Winning the League has become more difficult. Here’s why

While the premier league is arguably the most competitive and interesting football league in the world, it is also arguably the most difficult league to win. Plus, the arrival of Pep Guardiola and Jorgen Klopp has even made it more difficult to win the premier league now because these two coaches have single-handedly raised the bar to an all-time high.

Since the 2017-2018 premier league season, only once has a team been able to win the league with just 86 points. And this was hugely a result of the post-Covid crisis that rocked many clubs.

A lot happened within that period, players testing positive for Covid, players’ psyches being negatively affected due to the Covid crisis, and generally, most clubs were not at their best.

Thus, apart from the Covid year crisis, the least number of points amassed for winning the Premier League since the 2017-2018 season has been 93 points.

Thus, one can comfortably say that with the presence of Pep and Klopp, if you cannot amass a minimum total of 93 points, you do not stand a chance of winning the English Premier League.

What it will take to win the Premier League

With the presence of Manchester City and Liverpool, it is currently very difficult to win the EPL by winning only 25 matches out of 38.

Winning 25 games will give a team 75 points. If they can have an extra 9 draws and 4 losses, they will finish the league with 84 points.

This was very possible in the past but not anymore. The safest way to win the English Premier League or contend for the title in this era is to win at least 30 games.

Winning 30 games gives a team a total of 90 points, and when you add 3 draws and 5 losses, the team will be left with 93 points at the end of the season.

93 points can win the league provided other contenders do not win more games. And as it stands now there are only two teams in the league that can achieve this feat – they are Manchester City and Liverpool.

Other teams like Tottenham, Arsenal, and Chelsea stand a chance, but Conte, Arteta and whoever manages Chelsea need to show their consistency at that top level.

If they concentrate and win the remaining 30 games, they will finish the league with 94 points and this gives them a huge chance to lift the EPL trophy at the end of the season.

As hard as winning the league with 94 points may sound, this can only be possible if Manchester City has won lesser games.

This is only a simplified version of how to win the league on paper. When you begin to consider issues like injuries to key players which are never planned, and fatigue that comes as a result of the busy schedule of the players who play a game every 3 days, one will begin to appreciate how tough it is to win the premier league.

This is perhaps why Pep Guardiola deserves all the applause he gets. How he has managed to win the league 4 times out of 5 seasons, despite experiencing the same demanding schedule and injuries as the rest of the top teams in the league is just commendable.

What the winning manager has to do

The manager of any team that intends to win the league needs to first, develop a match-winning strategy that produces results, and then get his players to play at the level he wants consistently.

He also needs to be able to motivate his players to be at their best especially when they get to lose three matches at a stretch, and bounce them back to winning ways.

He needs to have a solid contingency plan in place in case a key player gets injured. And he needs to be able to get his players to be consistent in the way they play and the quality they put out on the field.

And it’s not just about spending big money

This is something only top-level coaches can do. It’s really not all about spending money to buy players as most people think. If that was the case Manchester United should have been able to win the league in the last 10 seasons after spending over a billion pounds on players.

Winning the premier league is about top-level consistency that involves winning as many games as possible irrespective of the busy schedule of the players or the number of players that are out injured.

In the game of football, you never say never. Therefore, let us keep our minds open as we watch keenly how other top teams like Tottenham, Arsenal and Chelsea will fair at the end of the 2022-2023 season.

But one thing is certain: if other teams fail to level up and show that top-level consistency and really challenge for the title, there is no stopping Manchester City from winning the EPL trophy at the end of the season.

Bottom line: Manchester City is about to win their 3rd EPL trophy in a row, except one of Liverpool, Arsenal, Tottenham or Chelsea stops them.

Recommended: How to watch the FA Cup.