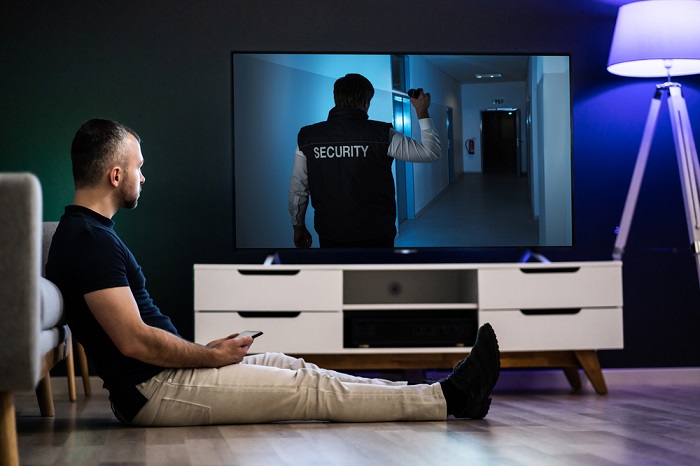 Disney+ recently arrived in Africa, offering access to popular movies, original content and shows. From cult classics to the latest blockbusters, here are just a few of the best movies to stream on this platform right now.

With a hit soundtrack that’s topped the Billboard charts, Encanto is an animated musical that follows a large, multi-generational family in Colombia.

Everyone has their own magical power that contributes to the running of the household except 16-year-old Mirabel, who was born without any powers at all. When the family’s magic is threatened, however, it might just be Mirabel who saves the day for everyone.

The Chronicles of Narnia: The Lion, the Witch and the Wardrobe (2005)

Four siblings discover a wardrobe that leads to a magical land. Hailed as its kings and queens, they quickly realize that there’s more to their adventure than just shining swords and talking animals. An evil witch controls Narnia, and if they want to rule it, they’ll have to defeat her and learn how to work together as a family despite their differences.

A terrorist rigs a city bus to explode if its speed falls under 50 miles per hour. Fortunately, LAPD bomb specialist Jack Traven is able to hop on board, and he’s got a quick-witted female passenger named Annie to help him.

Unfortunately, between everything from closed streets to punctured gas tanks, this ride is going to be anything but smooth.

Betrayed in her youth by someone that she thought she could trust, a fairy named Maleficent grows up cold-hearted and ready for revenge. She curses the king’s daughter to fall into eternal sleep on her 16th birthday. She never expected to actually meet the girl, Princess Aurora, or to have her icy heart melted by the growing bond between them.

But what happens when the day of Aurora’s 16th birthday finally draws near?

Young delinquent Eggsy is surprised to learn that he’s actually the son of a spy. Recruited by his father’s old friend, a stylish gentleman with deadly skills, he undergoes training by the spy organization to see if he can measure up.

Of course, it would be easier if a supervillain wasn’t waiting in the wings with a violent plot to take over the world.

Avengers: Endgame is just one of many Marvel movies on Disney+, but it’s the culmination of the entire Avengers saga. It follows the consequences of Thanos’s deadly snap and the efforts of the remaining superheroes to travel back in time and stop it from happening at all.

A filmed version of the record-smashing Broadway musical, Hamilton follows the rise and fall of Alexander Hamilton, one of the Founding Fathers of the United States. His story is told through a combination of dance, rap, hip-hop, and traditional Broadway musical theatrics.

Hoping to impress his 10-year-old son, Larry takes a job as a night watchman at New York’s Museum of Natural History. He has no idea that, once the sun sets, the museum’s many artifacts and exhibits come to life!

Chaos ensues when the hallways are filled with ancient mummies, wax figures, taxidermy animals, and dinosaur skeletons, and it’s Larry’s job to wrangle them all.

After his teenage daughter is abducted, former CIA operative Bryan Mills must utilise all of his talents to find her again. However, the task is complicated by everything from false leads to corrupt dealings within the government, and it’s all under a ticking clock: If he can’t find her within four days, the odds are that he’ll never see her again.

Adapted from the bestselling YA novel, The Maze Runner tells the story of Thomas, a teenager who wakes up in a gigantic labyrinth with no memory of how he got there. He’s delivered to a makeshift society of other teens of the same origin, but he’s not content to stay and settle. He wants out, and that means navigating the labyrinth’s many dangers, including its ever-changing shape.

These are just a few films that can be enjoyed with a Disney+ subscription in Africa. There are many more, and they range from violent thrillers to family-friendly cartoons, so everyone in your household can find something to enjoy in the catalog.

In case you find some titles to be unavailable in Africa (or available on other streaming service providers who do not operate in Africa), you can use a VPN. Popular VPNs such as ExpressVPN (read review) or Nord VPN let you access any content from across the world by changing your IP address to that of the desired country.

Check out the full range of Disney+ films in Africa to plan your next movie night!